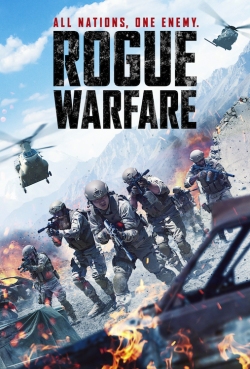 The Intro:
So I have a spur of the moment fun review here, requested by my friend Austin. He got in contact with me with some absolute gold of material for me to make a review on. He is a military movie fun and a gun nerd so frequently he watches random bits on Netflix and came across this gem. This turned out so bad for him that he absolutely had to let me know about it and pump a review out for it. I mean, how bad could it possibly be? Ha….Hahaha….Ha…. *Pained grin*

IMDB Summary:
“A group of the best military personnel from the U.S., Russia, UK, China and France join forces to fight an underground terrorist network.”

The Oberrating:
I was prepped enough prior to my watch by Austin about what I was going to experience but my Lord, actually watching it hurt so much more. This was some of the worst gun tactics I have ever seen in a film. Terrible writing, terrible music, terrible logic, terr-i-ble errythang. If I wanted to dedicate the time to it, which I do not, I could break the movie down in a 1000 word review about it, but like I said, I am going to keep it nice and simple.

Let us start with this “best world military squad.” We have the very best military personnel from multiple countries yet they act like the Fast and the Furious squad when they first formed. Zero discipline, zero professionalism, all ego and dickhead-ness. But c’mon, professional trained killers does not make entertaining movies right? Whatever, this is some hot garbage and not a shoot-em-up military flick that most would want.

The tact and gun play in “Rogue Warfare” is downright laughable. How this was cleared to be presented to the world via film and especially Netflix is beyond me. I understand this is a cheap movie but cheap movies do not have to be terrible. Yes, lets all “sneak” through a door we are breaching at the SAME DAMN TIME. OR, let us stick a a sniper barrel out of an open window while gunning down a target! I chose these two sins out of the crap shoot of choices. If you want an absolute joke of a military flick, here is your choice!

Lastly, the production value of this film is depressing. Direction? Zero. Writing? Utterly atrocious. Performances? Man, I hate to say people are bad actors but it is hard to see where to draw the line between bad material given or they could not act their way out of a paper bag. I mean, the villain literally gives almost an 8 minute monologue basically saying the same crap over and over again but in a different way like he was trying to reach an essay word count. There is just no bright spots anywhere. Not even any pity humor out of the B-rated content.

The Wrap-Up:
SHEEESH… This was tough to get through. Watching about 25 minutes of this movie’s basically provides you with the rest of the content you will get for the whole duration of the film (and that’s not including how much time the villain spends spewing his bullshit.) It was every bit as horrid as my buddy Austin made it out to be and I sure found my fun creating this crap piece review. Reviewing is not always glorious but I have fun doing these! *Cough cough*, I’m looking at you “Emoji Movie.”

I have plenty more Requested Reviews coming for you guys! Plenty great ones and a couple crap ones. Thanks for the requests and interactions all! I am looking forward to getting around to them all!

The only appropriate gif