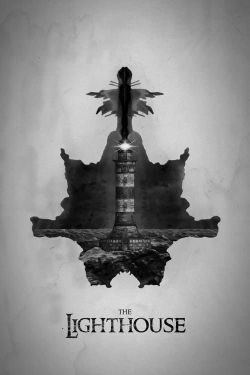 The Intro:
A24, a studio that provides film lovers with unique works that are often unconventional and straight up unusual. That statement fits this next movie exceptionally. Today I bring you the Oberrated review for A24 and director Robert Eggers’, “The Lighthouse”. Robert Pattinson and Willem Dafoe star in this black and white claustrophobic movie that has surely been a topic or conversation for all viewers.

IMDB Summary:
“The hypnotic and hallucinatory tale of two lighthouse keepers on a remote and mysterious New England island in the 1890’s.”

The Oberrating:
Following Eggers’ “The Witch”, I totally expected some surreal and strange happenings for “The Lighthouse”. No matter how much mental preparation I had, I still was not ready for this. As we follow two lighthouse keepers for two hours, we experience mysteries, hauntings, strange comedy, and downright disturbing moments. I almost can not define this film as a specific genre because Eggers almost creates his own form of film with his projects. His past two movies leave audiences asking questions and sometimes wanting more, depending on the kind of viewer you are.
For myself, I have had quite the eventful post-viewing experience with “The Lighthouse”. For my instant reception, I was greatly appreciative of what I saw. It was chilling, haunting, strange, oddly hilarious, and superbly uncomfortable in a unique way. However, similarly to my instant reaction to “The Witch”, I was not blown away like I frequently am with A24 pictures. I would even say that I liked “The Witch” more than “The Lighthouse”.

After I sat and cooked with my thoughts on the film, I began to seek out my friends who I found loved the movie. Each of them broke it down and in ways, made me appreciate it even more. They approached it in different ways than I had and I began to understand their perspective as opposed to my own. Again, I did not dislike it, I just was not blown away.

Now to approach the elements of the film that made me like it or dislike it, I will start with the positives. Visually, “The Lighthouse” is stunning. Eggers and company takes us back with an old school style black and white film cut into small aspect ratio as opposed to the present day traditional film. Even if the film was not interesting, I was in love with simply just watching everything unfold in this style (it was interesting, believe me).

The story of “The Lighthouse” is a core reason as to me enjoying yet opposing the film. On one end, the horror/thriller elements that made this movie unnerving, creepy, and downright odd played in the movie’s favor. On multiple occasions, I watched in utter confusion but in a positive way. I wanted to understand and I wanted to watch the nightmare that continued to unfold. Whether it had been the fantastical story that the two were experiencing or if it was the madness the two created within their own minds.
Now on the other hand, this constant script flipping story of reality versus fantasy with a splash of haunted pasts began to be hard to follow. By the abrupt end of the movie, as I said before, I ended my watch a bit confused yet appreciative of the work.

As we all know, well maybe if you follow any of my socials, I am a bit of a Robert Pattinson fan. Seeing him billed on this movie had me instantly locked in for a view. And pairing with Dafoe to boot? It was bound to be an effective acting performance. And that it most definitely was. Pattinson puts on an effective performance similar to most of his previous drama styled films. And Dafoe is as zany and impressive per usual. The odd chemistry between the two is strange yet alluring. And…violent. But hey, it is great!

The Wrap-Up:
“The Lighthouse” fits right in with A24’s filmography. Strange, different, and challenging. While it may not have been exactly my cup of tea, it most definitely was for some viewers, and absolutely was not for others who do not like this material. Regardless, films like this are wonderful to have in the film circuit. I used this poster I found at the beginning of the review for a certain reason. “The Lighthouse” is a prime example of how ink blots are used. One is presented and can be transcribed with 100 different answers. This movie provides that exact kind of material. Whether the events in the film are real, fantasy, or just stupid. 100 people could say 100 different perspectives and I firmly believe that is exactly what Eggers wants. “The Lighthouse” is not for all viewers, it is a weird and especially hard to understand film (thanks to Dafoe’s strange ocean man accent). If you have a liking for odd and slow burning style films, it is absolutely worth a watch. Even just for acting performances that are given by Dafoe and Pattinson. Ultimately “The Lighthouse” is one for discussion and analysis for years to come.