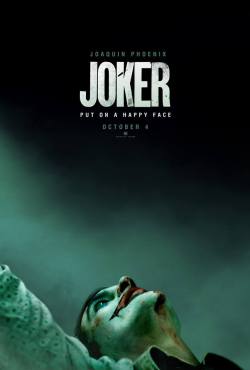 The Intro:
What a whirlwind of excitement and high expectations it has been leading up to the premiere of “Joker”! As most people were and have been, I was ecstatic about the news of a solo Joker film coming to be starring the wonderful Joaquin Phoenix. I actually have “Her” on my requested reviews list which I hope to get to someday soon! However, as I got closer to premiere day, I started to become wary of the film. The hype got so loud with raving reviews and everyone quick to fire off the “this is better than Marvel! DC 4EVAH” type crap. So like I said, I got nervous if this hype was legit or blind fanboy chanting. Regardless, the time is nigh to let my own eyes feast on the film that is “Joker”.

The Oberrating:
Wow, riveting summary. But honestly, I do not blame the summary. It is not a film to simply summarize with ease. “Joker” is quite exceptional on many fronts and I am extremely elated to say I side with the positive hype that this movie is excellent. I could have easily watched a four hour version of this movie and not have blinked an eye. It was so incredibly investing from the characters to the story.

I must say, this style of dark and gritty fits perfectly for what people attempted to say Batman Vs. Superman was. If I could have one dying wish achieved, it would be to have Robert Pattinson’s Batman in this Joker world. I feel like the New York setting of “Good Time” could literally be spliced and put into Joker’s Gotham. Phoenix and Pattinson would be a tour de force with this dark art house style.

Joaquin Pheonix… Unbelievable. This man is a true talent already but who possibly could have known that this kind of performance was about to burst onto the scenes? Phoenix’s performance as Arthur Fleck/Joker is a slow burning and high tension showing that had me glued to the screen. His pain, his desire, and ultimately his breaking/becoming of Joker was perfection. This man not only performs with spoken word, but his body language is chilling. His laugh and his mannerisms are embedded in my brain. I can see the way Phoenix/Fleck/Joker walks, I can hear him laugh, I can see the pain in his eyes as I close mine. Truly unbelievable and I will undoubtedly jump on the wagon that Phoenix deserves a nomination for this role.

Barring the fact that this film exists within a superhero world. “Joker” is not only a character study on Arthur Fleck and what makes him a person but also a society study and how the world responds to some other humans. This is a depressing and upsetting film at most times and personally, this resembles how some aspects of our world responds to people. Shockingly with careful study comes a expectedly slower pace but as I said before, I was glued to the screen. Every motion and word was so gripping that I was all in.

The Wrap-Up:
Damn near perfect. I could almost give it a 10 but something stops me. It might be the uncertainty of there being a sequel or a continuation of any kind. It may be the cliffhanger style ending but regardless, an unbelievable film. “Joker” is a slow burning crime/drama flick that is as gritty, dark, and depressing as it is violent, chaotic, and maddening. If you have even a fragment of an interest, run to your theater.