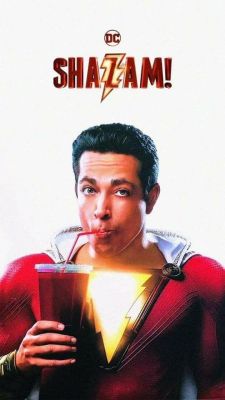 The Intro:
Alright! So DC has been rocking the film scene lately with their films. In my most honest opinion, since “Wonder Woman”, each film has truly been an entertaining trip. Whether they continue this hot streak, is a whole other question with their newest film, “Shazam!”. However, all signs point up as the film has been critically and fan reviewed well. Next up, an Oberrating review of “Shazam!”!

IMDB Summary:
“We all have a superhero inside us, it just takes a bit of magic to bring it out. In Billy Batson’s case, by shouting out one word – SHAZAM. – this streetwise fourteen-year-old foster kid can turn into the grown-up superhero Shazam.”

The Oberrating:
My early expectations of “Shazam!” were that I expected some pretty entertaining content. Trailers showed me jokes, action, and an overall charming and enticing cast. I am happy to say that the film has given me just about exactly what I could have wanted from it. “Shazam!” is fun for all ages, exciting, heartfelt at times, and quite engaging. There is no denying this film was meant for all sorts of audiences with its family-friendly style and with this decision, it is being received well, entertaining fans all over the world.

*****Very light spoilers to plot*****
The film’s story had me going back and forth, I must say. Right out of the gate, we are introduced to our villain and while I understand it is all for the set up, this is one of the weakest and most forced set ups. Such dramatics and eccentric responses to the events that lead to the villain’s beginning. I found myself snickering and rolling my eyes waiting for the rest of the movie to get going.
As for the whole story in general surrounding Billy Batson and Shazam, it took until one major turning point in the film to finally get me emotionally invested in Billy. Up to this point, I was still entertained by the comedy and theatrics of the film but I was not fully into it as a whole until said point. However, after this turning point, I felt a good hard strike to my emotions and became 100% into the film and the events that came next.
*****End spoilers*****

“Shazam!” is seeing success much to the efforts of this well-rounded cast. Obviously, first and foremost is Zachary Levi who is the perfect embodiment of a child in a grown man’s body. Levi fits the superhero look to near perfection yet puts on an acting performance as if a 14 year old were on screen. It is hilarious and entertaining to watch. Easily one of the core reasons for how much fun this film is.
Surrounding Levi is a number of cast mates who bring value to “Shazam!”. Acting as Billy Batson’s number 2 is Freddy Freeman played by Jack Dylan Grazer. Grazer is without a doubt one of the funniest members of this cast, rivaling Levi. In much more supporting roles, Levi and Grazer are surrounded by impressive young talent in Faithe Herman, Grace Fulton, Ian Chen, and Jovan Armand.

The Wrap-Up:
DC succeeded with exactly what it seems they intended with “Shazam!”. A fun and entertaining film that most everyone can love and enjoy. It has some intense scenes, plenty of laughs, fun super-powered action, and plenty more. There is much to love with this cast and I am looking forward to hopefully everyone’s return for future films. Chalk it up as another win for DC. “Shazam!’ is a great time.