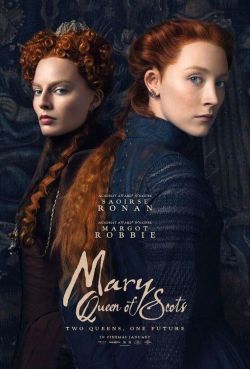 The Intro:
I must say, I went into this one with little known about this film besides the trailer looking pretty good. Also, I will not lie, I am basically a sucker for anything Saoirse Ronan is in. “Mary Queen of Scots”, at first glance, looked like a vicious rivalry film between Mary and Elizabeth. What I got once the run time concluded was far from that but is that necessarily a bad thing? Or did I find something else more distracting? Well let us just say there was a lot going on in this film…

IMDB Summary:
“Mary Stuart’s attempt to overthrow her cousin Elizabeth I, Queen of England, finds her condemned to years of imprisonment before facing execution.”

The Oberrating:
To purely start out on a positive note, I found a solid number of things about “Mary Queen of Scots” that I enjoyed. As expected, I start off with dear Saoirse Ronan. After “Lady Bird” last year, I came to a great appreciation and adoration for the actress. Miss Ronan puts on another fantastic performance in this film as she proves yet again why she is going to be around in the spotlight for a good while.

To my surprise, Ronan was outshined by her counter Margot Robbie, in my eyes. Despite having limited screen time, Robbie bleeds passion into her character, Queen Elizabeth I. She blends power, despair, sadness, and love all into one powerhouse performance. This statement of a performance is slapped with an exclamation point when it comes down to a meeting between Mary and Elizabeth which was what I saw as one of the strongest and most compelling points in the film.

***Minor spoilers to plot***
The conflict of this film sits with Mary’s battle not only to take the title as Queen of England but also her battle against her own council. This conflict as a whole was impressive to watch as I found it like a political chess match. Unfortunately, as entertaining as this was, this lasts for only about half the film until it turns to the war between Mary and her council. When this takes places, my entertainment turned to mostly empathy as Mary gets torn down slowly by her adversaries.
***End spoilers***

My next point is a bit of blending I would like to do myself. In “Mary Queen of Scots”, we see multiple characters within the film that are represented by people of color, the LGBT community, and ideals of all religions being accepted. As I view this in a film aspect, this is awesome. I loved seeing the representation and the acceptance. However, this was a strange platform to do it on. Mary lived in the 1500’s. The concept of Hispanics, Asians, Africans, and gays being among royalty as the Queen’s gentlewomen, lords, and council simply is not part of the history we know. Once again, if this were any other type of film using an original script using royalty instead of a biographical period piece, I would be all in for the film. Viewing on a film basis, I loved this. Viewing with accuracy and film quality, a bit of a distraction.

As I said previously, “Mary Queen of Scots” was quite a compelling watch as the chess match of 1500’s politics marched on. When the focus turned to Mary vs. her council and adversaries, the film’s run time began to take over. The pacing became quite slow and I started to lose interest. Performances during this period still were enjoyable pieces of the film but they simply began to go on for far too long to an ending, history buffs and even the audience knew due to the introduction to the film.

The Wrap-Up:
Ultimately, I did enjoy “Mary Queen of Scots”. It is fueled by powerful performances spearheaded by two powerhouses of females: Saoirse Ronan and Margot Robbie. Although historically inaccurate on a common sense scale and historical events scale, it still was a film I enjoyed. I wish an original film would take the stance that this film took but it is what it is. Unless you desperately want to see this film, this one is better off a home watch.