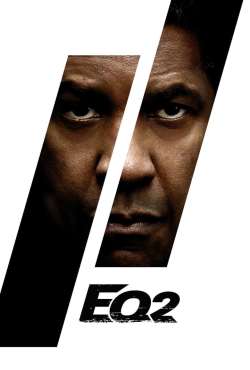 The Intro:
Four years ago, “The Equalizer” film was given to the masses starring Denzel Washington and directed by critically acclaimed director Antoine Fuqua. These two have paired up in the past, maybe most predominantly being “Training Day’. So many may already know the two can make movie magic together. Here in 2018, we get the sequel to “The Equalizer” film and for myself, I am damn excited. The first film showed Denzel playing Robert McCall who glides through his post-military life righting wrongdoings. I expect just about the same for the sequel and also expect it to be very hard to leave this film unsatisfied!

IMDB Summary:
“Robert McCall serves an unflinching justice for the exploited and oppressed, but how far will he go when that is someone he loves?”

The Oberrating:
And like I said, it was going to be difficult for me to leave my viewing of “The Equalizer 2” unsatisfied. This film was action packed, just as the first one was, with brutal and violent kills that are executed with flawless precision. Denzel Washington reprises his badass role of Robert McCall and just as I was with the first film, I am in awe of his performance and remain a huge fan. If you are a fan of Denzel, you will easily love this film. If you are a fan of this film series, it will not disappoint. If you are a fan of action films, step to the theater immediately.

One thing I would like to focus on in comparison to the first film, the sequel takes a bit of a different angle, to which I appreciate. This film takes itself much more seriously than it did the first time around. EQ1 had plenty of moments where it can be seen as campy and silly. Unstoppable Robert McCall rolls through life, beating the hell out of any bully, then ends it with some subtly funny moment (I.e. putting the hammer back after his store is robbed in EQ1). With EQ2, the plot takes on a much more serious tone than EQ1. While I do not mind EQ1’s plot, because it is simply a mindless revenge flick, I view EQ2’s plot as a more serious film and appreciate it that much more.

My negative points on the film reside with the subplot and a touch of the finale. Read on if you are interested or have seen the film. Skip to the Wrap-Up if you do not want spoilers.
*****SUBPLOT AND FINALE SPOILERS*****
To pry for some negative points to the film, some moments within the film can be seen as unanswered or seemingly unrealistic given the environment of the film. For instance, McCall goes to find his neighbor, Miles (Ashton Sanders), who is involved with gangs and pulls him out of the situation he is in. McCall bludgeons a few gang members in his way, threatens what seem to be the “shotcallers” of the group, and peels Ashton away from the group. After this, Miles is seemingly untouched and forgotten by the gang, and they do not go on to get revenge on being embarrassed by an old man. For me, this seems a bit off as I would imagine they would get payback. Sure, it’s a subplot and probably can not make it off the editing floor, but it just seems unnecessary and an empty hole within the story.

Also, during the finale, Dave (Pedro Pascal) is on a high vantage point with his rifle while he is the lone survivor against McCall. Dave states how he has a contingency plan which is to kill Miles who is trapped in the trunk of a vehicle. Dave takes a kill shot, McCall shoots a tire to lower the vehicle causing Dave to miss his shot. After he misses his shot, Dave decides to sling out threats and insults instead of finishing his shot to kill Miles. This random lapse of judgement gives McCall enough time to scale a large tower and spark the one-on-one combat finale between McCall and Dave. This whole sequence of “I can kill Miles before you ever get to me,” is just a big flaw for me.
*****END SPOILERS*****

The Wrap-Up:
“The Equalizer 2” is fueled with epic action and badass moments. Denzel Washington brings the fire once again as Robert McCall. If you love violent action films, this is for you. Hell, the series is for you if you have been sleeping on the film series. With only a few negative points to address and maybe a bit of a slow middle section of the film, I have nothing but praise for “The Equalizer 2”. Catch this in theaters before it is too late, or at least grab it for a view the moment it is available for home viewing.