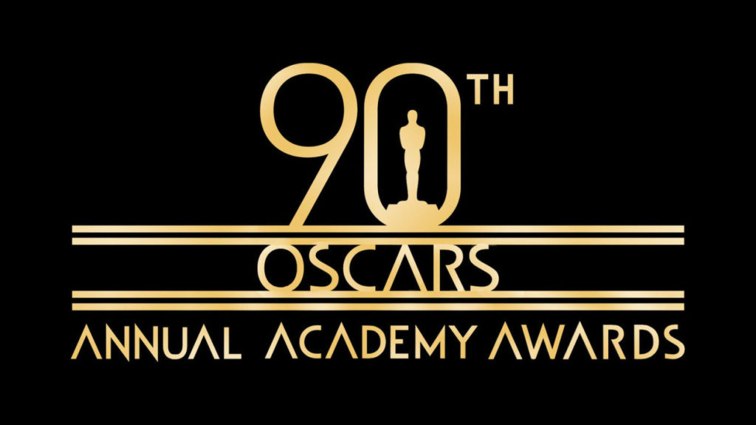 *EDIT I was 14/24 when counting only my Academy predictions. I must say I am happy with being wrong in some cases and I am very upset being wrong in others. Another year down and now to look forward to what seems to be an amazing year of Hollywood films. See you this year! *

Three years! Man, this has been a trip but hey! My favorite time of year is back which means it is another year of Oberrated Oscar Predictions!

I struggled this year to make my personal deadline of delivering my Best Picture nominee reviews due to transferring my domain to this wonderful new site that you see. Nonetheless, I made it and here we are. This year’s round of nominees, from my perspective, have been vastly weaker compared to last year’s ring of nominees. Last year I did not have a rating below 8. This year I have multiple that hit a 6 and it is kind of upsetting. The film’s that did hit 6’s are not necessarily bad films. Obviously since they are above the 5 mark, but they simply were not my taste. I found a few bits that made me takeaway some good factors from the films but overall they were a batch of lackluster films.

As always, I will be breaking down the sections for all categories by my personal pick, which I think is the Academy pick, and what could be an underdog pick. An explanation will follow if I can provide one.

**Lastly, here is a possible spoiler warning for those who have not seen the films but again, if you are here, I am hoping you have seen the majority of these.

Best Picture Nominees: Call Me by Your Name — Darkest Hour — Dunkirk — Get Out — Lady Bird — Phantom Thread — The Post — The Shape of Water — Three Billboards Outside Ebbing, Missouri
Colored links lead to my Best Picture reviews for each film title.

The Best Picture category can be split in a multitude of ways and I would be more than accepting of it many different films winning. For my absolute 1st choice personal pick, I loved “Lady Bird” with every inch of my being. It was my favorite of 2017 and it remains to be my first choice for the Best Picture. Next to it and also my underdog pick is “Get Out”. I would have a heart attack if “Get Out” won just because it is “not an Oscar movie”. For this film to win, it would simply break The Oscars. It may not win this year but it sure as hell opens the door for the future.
I believe the Academy will pick “Three Billboards Outside Ebbing, Missouri” and I honestly would be fine with that. I did love this film as well but I also would be very accepting of “Call Me by Your Name” and “Dunkirk” to win. These five films are simply immaculate and well deserving in my eyes.
“The Shape of Water” is a phenomenally made film. Del Toro is a master of his craft but for me, this film just did not do it for me in regards to the adult fairy tale. And do not get me started on “Phantom Thread”, “The Post”, and “Darkest Hour”. Those movies are only here because of the same damn people who said “Get Out” is not an Oscar movie.

There is no denying the talent that is Gary Oldman. Oldman was easily the best piece of “Darkest Hour” and the only driving force behind me enjoying the film and giving it a positive review. I am 98% certain he takes this award. Aside from him, everyone in this category is truly phenomenal. I am upset I was not able to see Denzel in “Roman J. Israel, Esq.”. I may catch it in the future. Daniel Day-Lewis is similar to Oldman in being a master of performance. As for Chalament and Kaluuya, this is only the start for these guys.

Like the leading actor category, I am confident McDormand takes this category. Before viewing Three Billboards, I was confident that Saoirse Ronan took this category. I truly do still wish she would but after watching Three Billboards, it just can not be. McDormand is a powerhouse from start to finish in the film. If I could rank it, I would go McDormand, Ronan, Robbie, Hawkins.

You thought I forgot about Streep, huh? No I didn’t.

The evolution of Sam Rockwell’s character in Three Billboards is a marvel to watch. I am in awe when an actor makes me hit their character so much then morphs them into making me love them. That is talent. Rockwell deserves this award.
Among all these supporting actors, all are well deserving. If I could choose the bottom of the category, I would probably go with Richard Jenkins. His character did not make me feel like he was important enough to the story. He had a few good moments but not enough to rank high among this list.
I did not see “The Florida Project” which I am ashamed of but I heard great things about Dafoe who typically is always a delight to watch on film. If I could pick the underdog steal, it is him.

Another film I did not catch, I have heard amazing things of “I, Tonya” and the small clips I have seen of Janney are impressive all on their own. I believe she does take the award but I can not sway my own personal pick away from Metcalf. Her role as Lady Bird’s mother was an emotional trip. Metcalf is involved in what is my favorite scene of “Lady Bird” that slaps my heart. I do wish she would take the award but it is highly unlikely. In my eyes, the other ladies in this category do not stand a chance to Janney and Metcalf.

“Dunkirk” is a beast of its own. I firmly believe it takes this award home. However, my underdog choice has a very high chance of accomplishing the steal, in my eyes.

Quite split on this. I am one of the few among my friend group who really enjoyed “Beauty and the Beast” and I feel as if the costumes were elegant and gorgeous. Naturally, the old heads at The Academy probably go with “Phantom Thread” and I believe that will be the case for the win.

This was a tough personal pick. As you see, I choose Peele barely edging over Gerwig. My decision on this is based off of the fact that if Peele’s mind did not create and direct this film, we would not have had the game changing film “Get Out”.
However, del Toro has been running the table in regards to the directing category and once again, the man is a master of his craft. Although it may not have been my favorite, it seems to be the favorite for many others.

This was a tough personal pick between “Baby Driver” and “Dunkirk”. I had to roll with “Baby Driver” as my personal because 1. I love the movie and 2. I believe the editing was immaculate. However, I think The Academy will roll with “Dunkirk” on this one.

Foreign Language Film: A Fantastic Woman — The Insult — Loveless — On Body and Soul — The Square

I was a bit split on the Academy Pick here. On one end, which was what I based my personal pick on, Hans Zimmer is the master of original score. However, on the other end, “The Shape of Water” and Alexandre Desplat had a very unique score to it. I could see it going either way but I ultimately decided the Academy picks Zimmer again.

Music (Original Song): “Mighty River” of Mudbound — “Mystery of Love” of Call Me By Your Name — “Remember Me” of Coco — “Stand Up For Something” of Marshall — “This Is Me” of The Greatest Showman

Personally, there is no other choice. As for the Academy, I feel it could go to Showman or to Coco but due to previous award show wins and the movement “This Is Me” has created. I truly believe it takes the win.

I want “Blade Runner 2049” to win something so bad and I do believe it will take at least one award home. For production design, I feel it has a shot. However, The Academy loves “The Shape of Water” and it is anyone’s ball game.

I have seen “Lou” and I love it. I would not be shocked if the Academy chooses it but I also did not see the others shorts so it really could go any way.

Short Film (Live Action): DeKalb Elementary — The Eleven O’Clock — My Newphew Emmett — The Silent Child — Watu Wote/ All of Us

For mixing, I am confident “Dunkirk” takes it.

I am pretty widely split on my personal for this. I would be overall satisfied with any film winning and mostly split between Apes and Blade Runner. However some strange notion in me feels like the Academy will pick Apes. We will see.

You know, I feel good about this one and my lord do I hope I am right.

Writing (Original Screenplay): The Big Sick — Get Out — Lady Bird — The Shape of Water — Three Billboards Outside Ebbing, Missouri

I constantly struggle between “Lady Bird” and “Get Out” but I find myself rooting for “Get Out” once again. I feel the Academy may win again here though.

That is everything for the third year, folks. As always, I will be live tweeting from my account @OberratedReview. Give me a follow and keep track of my live thoughts on the show. I will also be live editing this post to see what I called right and wrong. Happy Oscar day, everyone!