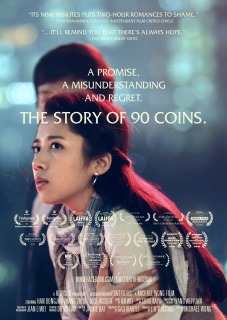 ‘The Story of 90 Coins’ Cover Photo 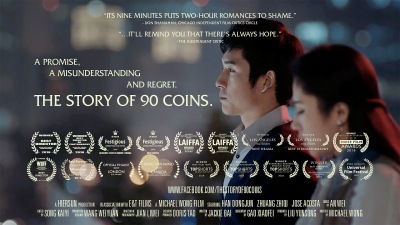 Requested Review from Director Michael Wong
The Intro:
So I am here with a special review for all my viewers and fans. I was contacted by Mr. Wong through e-mail after he read a past review of mine on IMDB. He requested that I viewed his short film titled, ‘The Story of 90 Coins’ and developed a review for it. After a couple of e-mail exchanges, and a brief warning that there was a possibility of me not liking the review, we came to terms on a review and here we are with this post. So now I would like to introduce Mr. Michael Wong’s short film, ‘The Story of 90 Coins’ and my accompanying Oberrated Review!
Link to the short film HERE
IMDB Summary:
“How much is a promise worth these days? An aspiring fashion designer finds out when she has to choose between fulfilling her promise and realizing her dream.”
The Oberrating:
So as I said previously, I wanted to make sure Mr. Wong was aware that there was the possibility of me not liking this short film because that is simply the nature of the beast when it comes to viewing pieces of entertainment. It was simply a safety net for myself in case I did not like the film and Mr. Wong understood that. Well, I would like to say that safety net was unneeded.
‘The Story of 90 Coins’ was a heart-wrenching short film. Probably one of the most emotional pieces of work that I have viewed in a short duration of time that was not music. This story of two lovers is compacted into a nine minute short but does not feel crammed or rushed, besides a minor criticism that I will get to in a moment. Every high point and low point is felt upon presentation and it was felt hard, in my opinion at the very least. Without a doubt, the most heart-wrenching sequence began from about the five minute mark until the end of the film. If could stray away from being Mr. Reviewer, this sequence was beautifully devastating to me. I loved it and felt the message that Mr. Wong is trying to communicate, “Don’t let a promise just be a beautiful memory.”.
My one and ONLY criticism I truly have is in the early moments of the short. Sometimes I found the film cut too early and fade to black as important and dramatic moments happened. Reaching the five minute mark and beyond, I understand where the cuts may have been required to extend the emotional pull of the finale, but I still feel they were cut a bit short at times. That is my only bit of distaste for the short, but it is nowhere near enough to alter my feelings for it after watching.
The Wrap-Up:
I applaud you, Mr. Wong. I also thank you for asking me to review your short film. It was a tragic story of regret that I think many people can connect to. It was as emotional as a nine minute short can get, especially when playing with the topic of love. It deserves its accolades and I wish nothing but the best for Mr. Wong and his future in film. He has made a fan out of me.
Once again, the video link for ‘The Story of 90 Coins’ is: www.vimeo.com/143267832/
The Facebook link for ‘The Story of 90 Coins’ is: www.facebook.com/thestoryof90coins/
Rating: 3.5/5 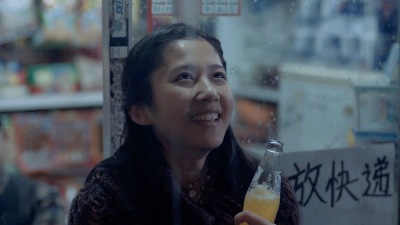