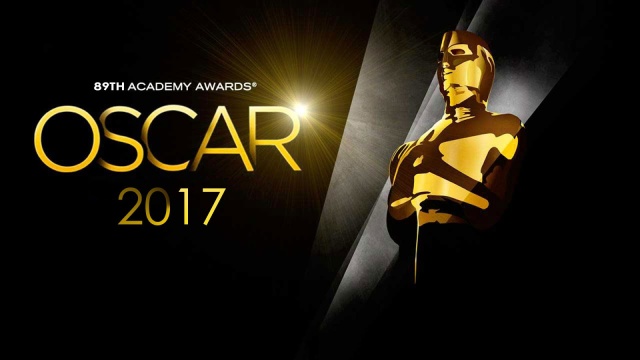 Another year, another round of Oberrated Oscar predictions! This year, I have significantly more knowledge of the pictures involved versus last year so let us see how well I do this time.

The films during this Oscar season have been phenomenal. Normally, I have a couple in the Best Picture category that I do not care for but this year I pleasantly enjoyed every film as well as many other films in a number of other categories.

I will be breaking down my selections for each category by my personal pick, what I think the Academy might pick, and what could possibly be the underdog pick. I will also have a brief explanation under most picks. So, let’s do this!

**Possible spoilers in the explanations, but if you’re here, I am hoping you’ve at least seen most of these.**

I loved ‘La La Land’ with everything in my being. The story telling, the music (score and musical performance), and just every-damn-thing about it. The story is ultimately about relentlessly chasing your dreams no matter how many times you are told no. It hit home, it was emotional, it was my kind of film… Although, if ‘La La Land’ happened to lose, I would hope it would be to ‘Hacksaw Ridge’ because if there was any other film I felt passionately for, it was that one.

This is the category that I believe ‘La La Land’ can lose outright. The Gos simply was outperformed in every instance. Now that is not saying he was not immaculate, others were just that much better. I personally choose Denzel because this man can PERFORM. I would like to hear anyone suggest any other actor that can deliver lines like Denzel did in ‘Fences’ the way he did. That is right, there is no one.

I am about 100% certain on this one. Emma was simply magical in ‘La La Land’. She has been winning all over the board in recent award shows and she deserves it, IMO. I have heard great things about Natalie Portman in ‘Jackie’ but I just do not think it will be enough… Also, I am salty as hell Meryl Streep is in here. It should be Amy Adams. I don’t care. The old geezers in the Academy are the only reason why she is in this category.

For being in ‘Moonlight’ as minimally as Mahershala Ali was, his presence was felt. I loved him and his involvement in the story immensely and he deserves it. To be honest, this is one of the hardest categories for me because every one of these actors were fantastic. Every-single-one. If I could rank them personally, it would be, Ali – Bridges – Shannon – Hedges- Patel.

The Snot Cry… That is all… But in all seriousness, Viola Davis has every right to this win similarly to Denzel. These two performed their souls out of their bodies and it was brilliant to watch… I could understand the Academy favoring Michelle Williams more-so but that would also be fine with me because she would be my second pick to the award.

Animated Feature Film Nominees: Kubo and the Two Strings — Moana — My Life as a Zucchini — The Red Turtle — Zootopia

‘Kubo and the Two Strings’ was a masterpiece to me. One of the only films I could possibly rate being perfect. But, alas, it will not win. No other film will win besides ‘Zootopia’ because the Academy has a hard-on (sorry for my unprofessionalism) for it because “diversity”. I am sorry, the best all-around picture should be awarded more than a movie with meaning and I would choose Kubo or ‘Moana’ years before I would think ‘Zootopia’ should.

‘Arrival’ was just beautiful. There were certain sequences in this film that I will remember forever. The way it was done, the beauty in the panning shots of the nature around the spacecraft, the shots inside of the spacecraft. I was just perfect.

Between this and the Lead Actor category, these are the two I feel strongly could beat ‘La La Land’. Although I am a HUGE Damien Chazelle fan and would not be opposed to him winning; Mel Gibson just worked magic for ‘Hacksaw Ridge’ and rightfully deserves this one.

No knowledge in this category, simply guesses.

Simply because of the controversy.

No contest, it is ‘La La Land’ easily for me. Although ‘Moonlight’ had a fantastic score too, ‘La La Land’ is just too strong.

Two ‘La La Land’ songs in one category? That is just not fair. But no matter, ‘City of Stars’ is beautiful. It is addictive. It is going to win. But the Academy does love Timberlake so definitely watch for him… Special shoutout to “You’re Welcome” by Dwayne Johnson in ‘Moana’. I’d vote for that in a heartbeat.

I LOVE THAT BIRD

What an insanely tough category. Each one of these are so strong in effects. I honestly would not be disapproving no matter which one would win. I have my favorites in Kubo and Strange but all are great.

That is everything, folks! If you have Twitter, I will be live tweeting the show from my account @OberratedReview! And as always, want to discuss? Let’s talk! See ya’ll then.